U.S CITIZENSHIP & IMMIGRATION RULES ARE UNLIKELY TO BE AFFECTED BY TRUMP'S DECISION!!! 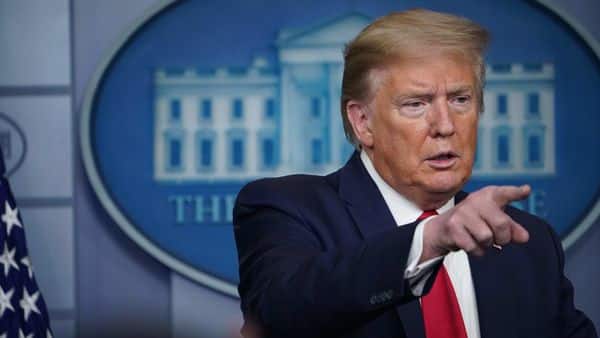 NEW YORK:- US President Donald Trump has issued an executive order banning many categories of immigration to the US for 60 days but it does not apply to H-1B professional visa-holders.

Trump signed the executive order on Wednesday evening and reiterated afterwards at his daily news briefing that he took the action to protect Americans thrown out of work by COVID-19 shutdowns.

The President said that he may reconsider it before it expires in 60 days.

Although he said repeatedly in the order that the 22 million Americans who have lost their jobs will be protected by the ban, there are several exemptions in it for potential immigrants and it does not cover those coming in on temporary work visas. (Read More...) US President Donald Trump has said that his immigration ban will be for only 60 days and indicated that workers on temporary visas like H-1B for professionals could continue to come in.

"This order will apply only to individuals seeking a permanent residency, in other words, those receiving green cards; big factor, will not apply to those entering on a temporary basis," Trump said on Tuesday while clarifying that it is for only 60 days.

He said that there would also be some exemptions to the temporary ban on immigrants.

"Some people will have to come in; obviously we have to do that, obviously even from a humane standpoint," he said.

Trump had tweeted the immigration ban on Monday night. He said that the executive order was being drafted and will probably be issued on Wednesday.

Trump said that after 60 days he and a group will evaluate the need for any extension or modification "based on economic conditions at that time." (Read More...)